THE YORKSHIRE VET REVIVES HIS LOVE OF SUBARU 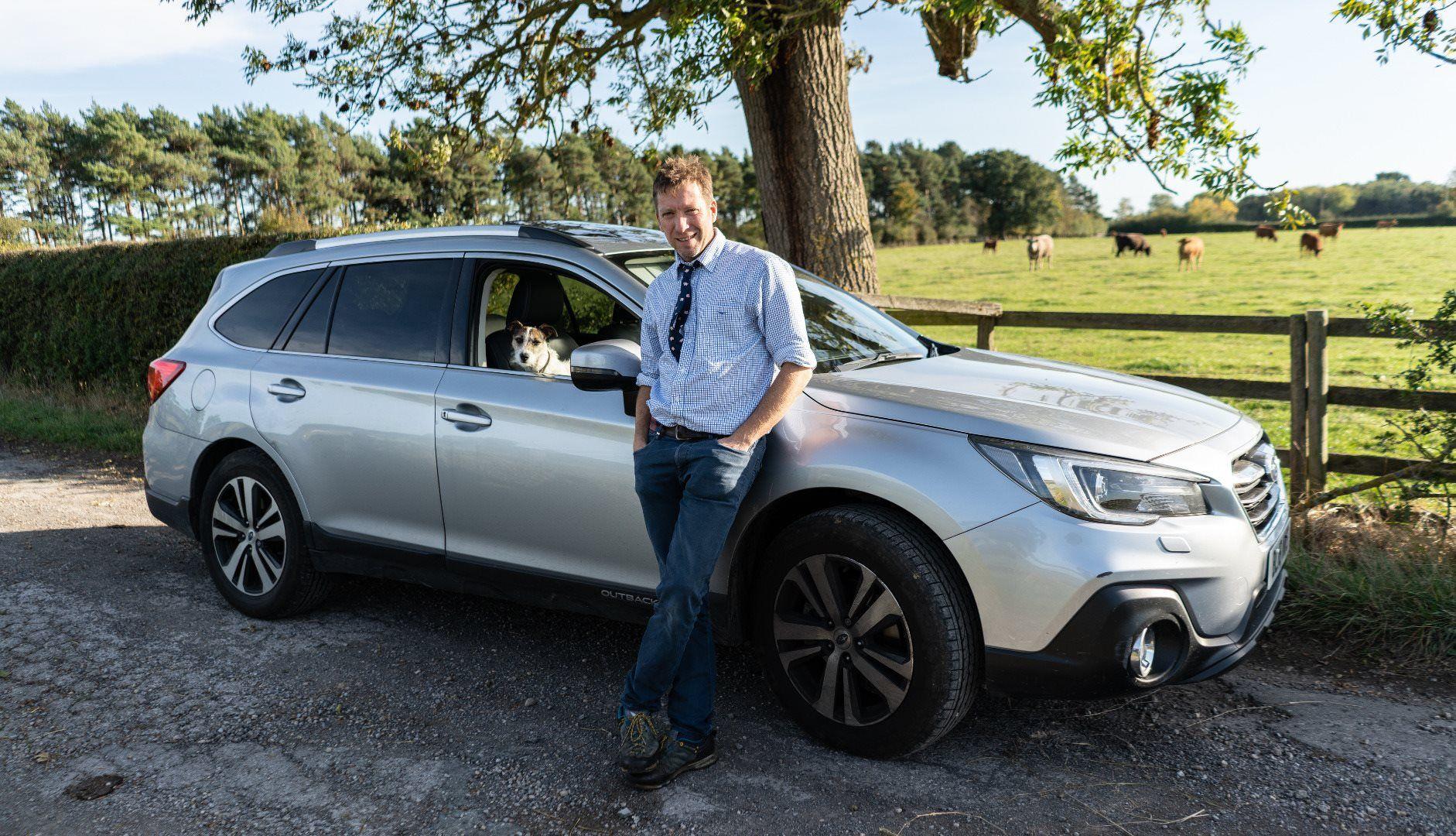 Julian Norton, who you may recognise as one of the stars of Channel 5’s The Yorkshire Vet is a lifelong Subaru fan. Julian gives us an insight into his first few weeks of being back behind the wheel of a Subaru, as well as his daily adventures as the Yorkshire vet.

“As I unloaded my old car and filled up the cavernous boot of my new Outback, I had the words of a Take That song ringing in my ears. I don’t talk to cars, but if I did, I would be apologising and admitting that the break-up of several years duration was ALL MY FAULT, I was so sorry. It would never happen again. “Now I’ve got you back for good,” I continued to hum.

I’d been a “Subaru man” for many years. My first proper car was a 5-door reddish-blue Impreza. It was the perfect car for a mixed practice vet - a good boot; Symmetrical All-Wheel Drive with fantastic grip on roads whether they were mud-covered, wet, icy or snow; hard as nails on wet grass, whilst getting cow-side in a field. I loved it. The Impreza and I enjoyed many happy years as we explored the lanes, fields and villages of North Yorkshire in the early noughties as my veterinary career progressed.

I even loved the rather pointless “brightness” button which sat, proudly, in the centre of the dashboard. Its prominence was way in excess of its function and it always made me smile. It was our little joke. I loved that car and wished I had never traded it in. 120k miles sounded like a lot and I felt a newer vehicle was required. Even though, in reality, it wasn’t a lot – especially for a Subaru – nor was a new car needed.

But now, I’m back. I loaded up my calving jack, stomach tubes, syringes, needles, medicines and gloves with a smile on my face. In many ways it seemed a lifetime since the first time I filled up the boot of a Subaru. I’m still working as a vet in Rural North Yorkshire, that much is the same. Now, though, I’m not just a vet. I was also an author and also a TV… [at this point I pause to consider the next word] … person.

Since 2015, I’ve been involved with the hit Channel 5 series The Yorkshire Vet, an observational documentary following the work of my practice and me. It’s probably as close to the classic All Creatures Great and Small that you could get- cows, sheep, dogs, cats, horses, the odd pig and even an alpaca thrown in all make for varied and interesting episodes. Series 7 is being aired currently (Tuesday nights at 8pm) and we are busy filming for Series 8. By the end of the year, we’ll have made almost 100 episodes, which is a staggering thing to comprehend, especially for me. After all, I’m still just a vet and not a TV star!

It’s been quite hard work at times- the working days are longer and filled with more stress (I liken being filmed as to having two jobs- one being a vet, the other helping to make the series), but it’s also been an amazing experience. The joy and satisfaction that I get from doing a good job- delivering a lamb, saving a life, making an owner happy, diagnosing and curing an illness- is a fantastic thing and makes my job as a vet very rewarding. Having the chance to share these experiences with households across the country, as our audience settles onto the sofa on a Tuesday night, glass of wine or cup of tea in hand, magnifies this feeling many times.

The camera team (comprising a sound assistant who holds a fluffy boom and the Producer Director who points the camera at me) come round with me on my calls, in the hope of an exciting visit.

Laura points the camera at me from the passenger seat and asks “So, Julian. Where are we going now and what are we doing?”

“I’m on my way to see a cow. She’s calving and has got into problems. The farmer is worried,” I reply.

The camera focuses on my increasingly tired face but lingers for a moment on the logo in the centre of the steering wheel. I think the Outback might be the star of Series 8…