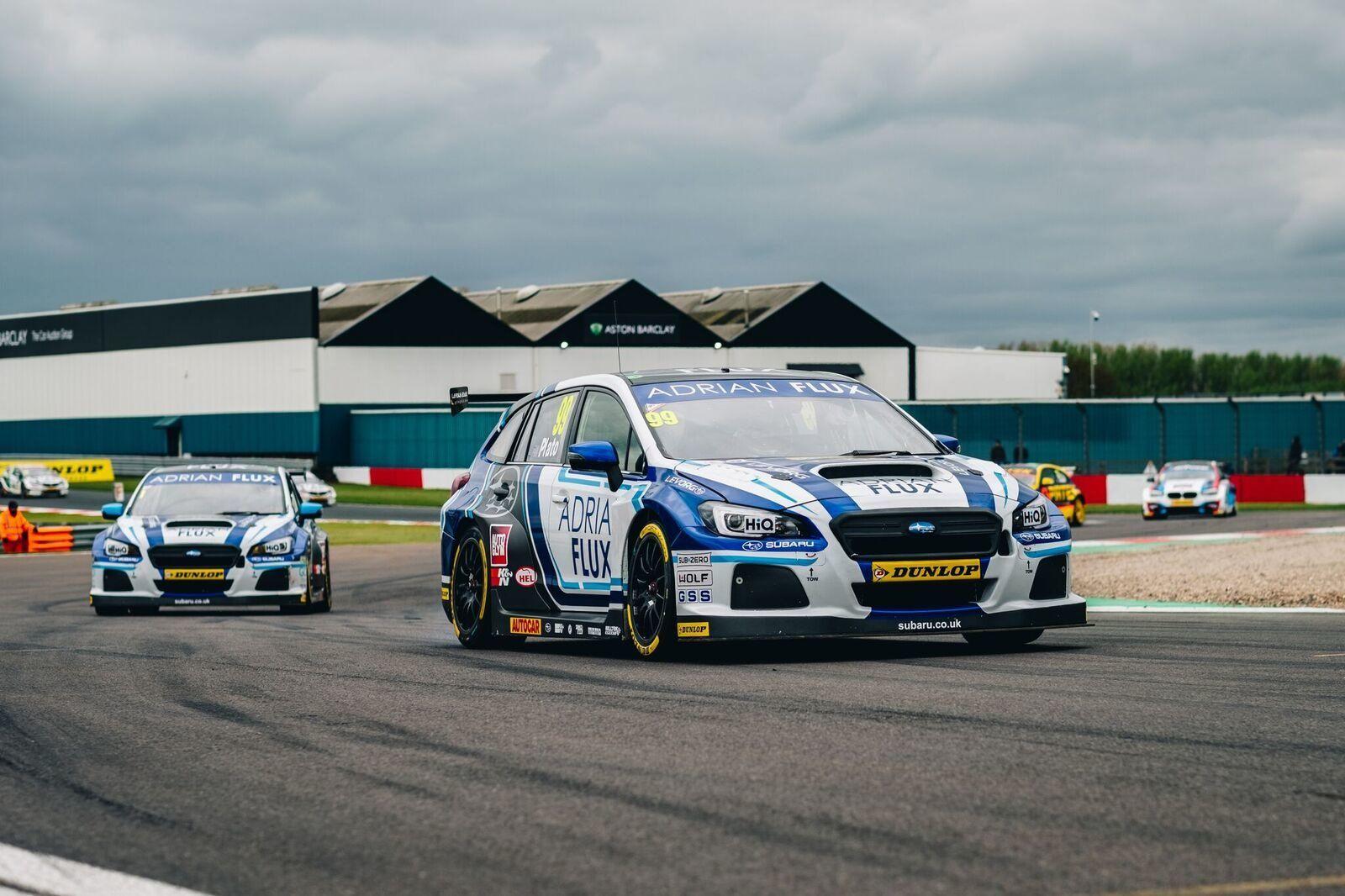 Team BMR joined the second round of the BTCC, ready to kick-start their 2018 season at Donington Park last weekend, the outfit's trio of Subaru Levorg GTs prepped and on the pace and ready to join the hunt from the off. What started out as a difficult weekend became an optimistic challenge through the efforts of incumbent champion Ashley Sutton. While there were no clear victories, the round proved fruitful for Team BMR on the whole.

Qualifying
Saturday's qualifying session proved tricky for drivers across the length of the grid, with the heavens opening and deluging Donington in the lead up to the session itself. Unpredictable conditions thereafter made the session something of a lottery, particularly for the Levorg GT of Ash Sutton, who qualified in 22nd place, with just one attempt at qualifying due to technical issues.

Race Day
Race One
Race one saw all three BMR drivers starting from outside the top twenty, all tasked with making up as much ground as possible, while keeping a beady eye on their respective championship pushes. Quickly at one on the Donington circuit Sutton did his best, making full use of the track’s ample overtaking opportunities to end the race in 12th, well ahead of Plato in 25th and Price in 26th.

Race Two
Sutton's hard work in the previous race was rewarded in the second, the BMR star able to lineup on the grid just outside the top ten. Making one of his trademark lightning starts, Sutton set about improving his standing with a series of committed overtakes, culminating in an 8th place finish. Both Plato and Price fought hard to improve and maintain their standings, finishing in 20th and 26th respectively.

Race Three
The reversed grid for the third and final race of the day played into Sutton's hands, meaning the BMR Levorg driver was able to line up 2nd on the grid, just behind Rory Butcher. Hard tyres didn't prevent him from nipping past and into the lead before the first lap was over, meaning the lead Levorg escaped the ‘Old Hairpin’-based drama that blighted those running further down the order.

Sutton did well to hold first position for a number of laps but was overtaken by the hard-charging Adam Morgan, whose soft tyred Mercedes was able to muscle past on lap eight, using the final chicane to full effect. Sutton fought a determined rear-guard action from then on, driving defensively to come home a fine 6th. Plato finished race 3 in 18th, while junior team mate Josh Price was an unfortunate victim of a multiple car incident in the first lap.

Overall, Donington offered a mixed bag of results for the team however, the points scored by Ash’s has ensured that he held onto his 5th place in the Driver’s Championship, with Subaru placing third overall in the Manufacturer’s Championship. Ash also remains as one of two drivers scoring points during every race of the 2018 season so far, with championship leader Tom Ingram being the other.

The next BTCC weekend for the Subaru Levorgs will be at Thruxton in just three weeks’ time the 19th and 20th May.