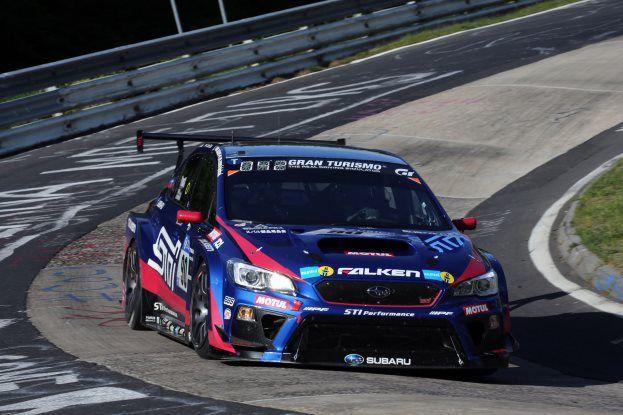 Subaru, with the “Subaru BRZ GT300” race car, will compete in the GT300 class of the SUPER GT Series again this year. The SUPER GT series is widely regarded as Japan’s top motorsports category.

The team general manager will be Makoto Shibuya of STI, while team operations will be managed by R&D Sport (President Shinji Motojima; located in Hiratsuka, Kanagawa). As in previous years, Takuto Iguchi and Hideki Yamauchi will be driving for the team.

The 46th Nürburgring 24-Hour Race will take place in Germany on May 10-13, and Subaru will compete in the event for the eleventh consecutive year with a Subaru WRX STI. Subaru has won the SP3T class (for sub-2 liter turbocharged vehicles) four times—in 2011, 2012, 2015, and 2016—and is looking to achieve the fifth class win this year.

Hideharu Tatsumi of STI will take the position of team manager and service personnel selected from Subaru dealers in Japan will participate in the race as a part of team crew together with members of STI. As for team driver line-up, Carlo van Dam (Netherlands), Tim Schrick (Germany) and Hideki Yamauchi (Japan) will be driving once again with the addition of Subaru SUPER GT driver Takuto Iguchi (Japan).

The 2018 race car has the enhanced reliability with improved engine output characteristics, optimized gear ratio and larger diameter brake rotors. Subaru aims to win this year’s race with the car much improved from the one that missed out the podium last year.

STI will dispatch its technical service team to each round of GAZOO Racing 86/BRZ One-Make race and provide technical support to the participants driving the Subaru BRZ.

This year 2018 marks the 30th anniversary of STI. Through the efforts centered on development of complete tuned car based on regular Subaru models and tireless challenges in motorsport field, STI aims for being a company with a strong presence that make more people smile.