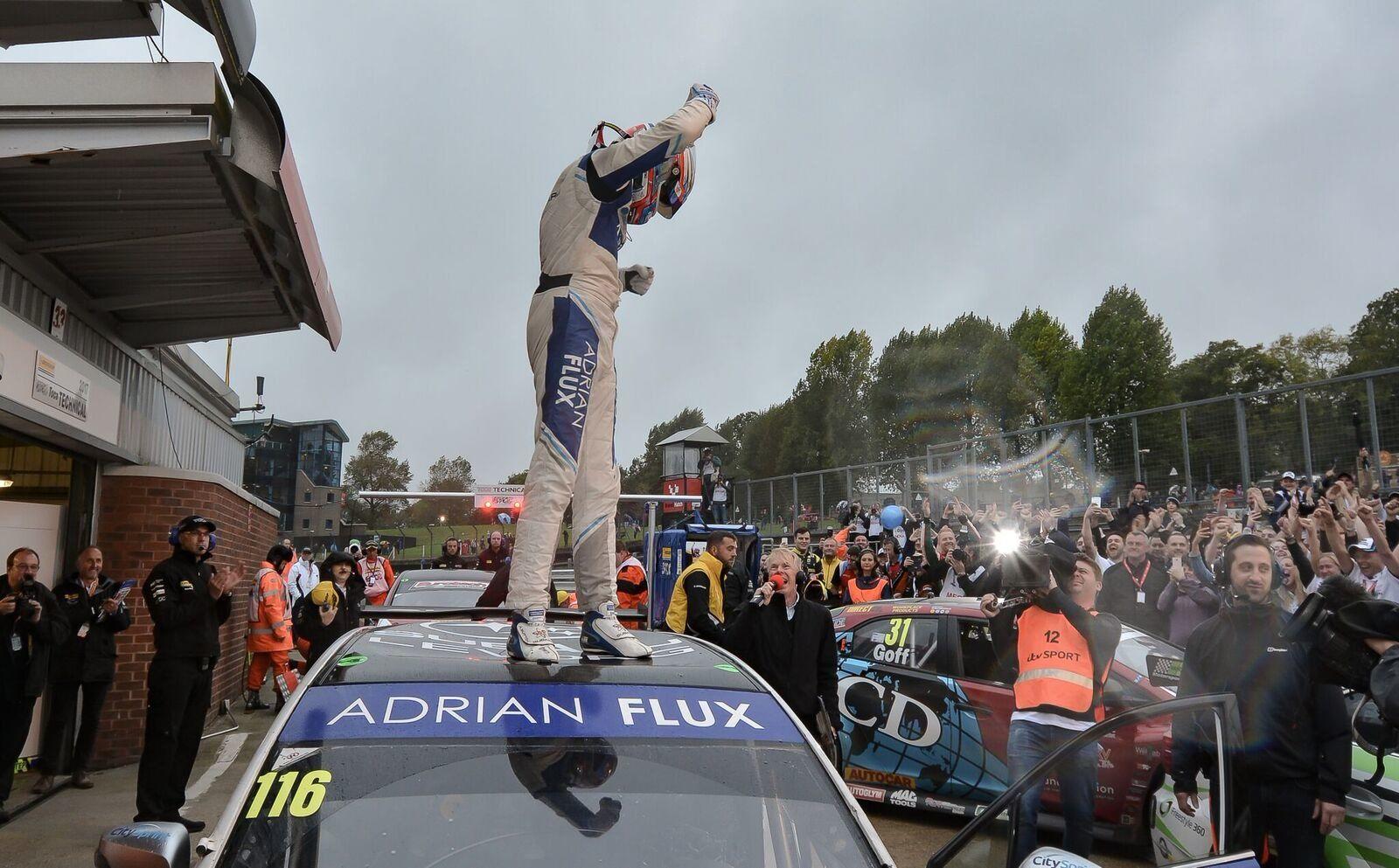 In the second race, ballast played a factor with 57kg’s loaded into Ash’s Levorg, meaning a 12th place finish was the best he could achieve. Title rival Turkington cut the lead at the top to just six points setting up a gripping final race of the season.

Rain caused havoc among the field and an early incident involving Turkington’s 1 Series forced him to retire and Ash raced to another 3rd place finish, winning his maiden BTCC title in the process.

Ash has now become the youngest champion of the modern era after only his second year racing in the championship and claimed six race wins and 14 podiums throughout an incredible season.

Ash’s Levorg racing car is also available in road-going trim from £29,995 on the road.

Quotes from the Team

Ash Sutton, Adrian Flux Subaru Racing, commented “I’m absolutely over the moon, this is a dream come true! To sum up the day, race one everything went as planned and we got the result we needed but then come race two we lost some of the points to Colin that we’d gained in the first part of the day so it was proving to be a real roller coaster. For race three, we started just behind Colin on the grid with him carrying ballast and us being weight free I knew we had to give it everything we had and we keep him in sight. When I saw him get tangled up at the bottom of Graham Hill Bend the team came over the radio to tell me he was out of the race and I was free to go and enjoy myself. I couldn’t believe it, I had to double check a couple of times to make absolute certain and even then, it didn’t really sink in and to top it off I got another podium position.

“For myself and the team this means absolutely everything, we have all worked very hard for this. It’s been a tough year for Subaru, things haven’t always gone smoothly and we’ve had a lot thrown at us but we’ve just kept picking ourselves back up and made the most of the Subaru Levorg especially through the corners when we’ve lacked the straight-line speed.

“I’d like to thank everyone who’s been behind me this year, to the team, Adrian Flux Subaru Racing, Subaru UK, the sponsors and the fans, I couldn’t have done this without you all, thank you for believing in me.”

Warren Scott, Team Principal, BMR Racing, commented “The championship title was always the goal and we always believed but to finally achieve it is just something else.

“We started off the season knowing that we had the best package on the grid with the Subaru Levorg but we can’t take anything away from the team who have continuously fought through to the bring the car up to being competitive by Oulton Park, it’s from there that we’ve been strong.

"Most people will probably say that we won the Championship with the great points scored at Oulton Park and Croft but I truly believe the championship was won in races one, two and three where our straight-line performance wasn’t where we wanted, but with the strength of the team and the drivers we lost the fewest points as possible to help us to win the final.

“Ash certainly has been the star of the paddock this year, but we have always known that to be the case, he has a fantastic future ahead of him and one that we are very excited about.”

Paul Tunnicliffe, Managing Director of Subaru UK, commented “Everyone at Subaru would like to congratulate Ash on winning the title and also Team BMR on doing a fantastic job this season.